I’ve had my porcelain veneers for just over six months. I really loved them and am super disappointed. I don’t know what happened. Honestly, I don’t drink or smoke. I don’t even drink coffee, so I don’t know why they are yellow now. What do I do? Will whitening help?

I don’t think you did anything. Porcelain is more stain-resistant than even your natural teeth. I can’t be certain of what went wrong with yours without seeing them and think you need a second opinion with someone who can see the crowns. In the meantime, I can give you some possibilities.

You said it has been six months. I’m curious as to whether or not you’ve recently had a cleaning and checkup. If so, it’s possible that your hygienist used something that damaged the glaze on your porcelain crowns. Two common errors with that can happen if he or she used a power prophy jet or acidulated fluoride during your appointment. Either of these would remove the protective glazing. Your crowns would look fine immediately after the appointment, but would quickly begin to pick up stains after.

Another possibility is the crowns could have been damaged when they were placed on. The lab could have not gotten the glazing properly on the crowns.

I hate even suggesting this third possibility but it has been known to happen. Some unethical dentists will tell their patients they are providing porcelain crowns but actually place composite crowns. These are not nearly as stain resistant. If that is what you have, you will have great leverage. In that case, don’t ask for a refund. Instead, tell him you want him to pay to have the crowns properly done. This will cost more than what you would get with a simple refund.

Teeth whitening only works on natural tooth structure, so it won’t do anything for your porcelain crowns.

Getting a Second Opinion

You will need a second opinion. However, it is important it is what is called a blind second opinion. This means you don’t tell him who did your dental work. That is important because often dentists are not just peers but friends. If he knows the dentist who did your case, he made feel weird saying something negative about a friend’s work. Because of that, he may not be as forthright as he should be about the work. You need an honest opinion.

This blog is brought to you by the Cleveland Dentists of Angel Dental Care. 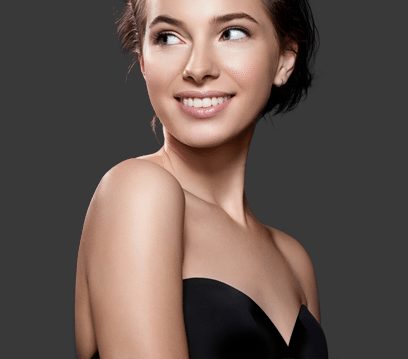